The painting story has the same panache of pinnacle and irreplaceability. I was in Paris again but this time without fanfare and with little money There was a painting at Parke Bernet that had attracted my attention. It called to me. I wanted the picture but I was unable to raise the $3000 that the auction house estimated it would bring.

I called a friend, a rich friend, Jack Noble. Jack was a nice guy who hated to say 'no'. I told him that I believed that the painting was somewhat more important than its price and would he please let me buy it for him. If he did not like the picture he could return it ito me and I would somehow find the money to repay him.

It was a large picture of a European nobleman in an Italianate costume. The auction house listed it as an anonymous Belgian copy of an unknown original. It was a painting without a mommy or a daddy.

But the picture resonated for me. I had no idea that it might have serious importance but I did not believe that it was a Belgian copy. I had to be involved with that picture.

I bought the painting for $2940 and promptly sent it off to Jack. A couple of months later he called and said that his wife hated the picture. It made her 'uncomfortable' and could he return it.

Back it came and I hung it in Atlantic City for about a year. When no one evinced the slightest interest I took it home and hung it in my small middle class dining room. It was very strong and within a month my wife complained that the picture annoyed and disoriented her and would I please take it back to the shop.

I began to believe that if two untutored sensibilities could not stand the picture there was more to it than met the eye,

Again it went on the wall and again it was totally ignored until a crazy guy walked in and, in the course of spending a million dollars with me on anything that I proposed, he bought the picture for $9000.

My crazy friend also tried to buy the Atlantic City Lighthouse and negotiated with the Claridge Hotel to allow him to break out a wall and install a large window so that he could gaze at his intended purchase.

My crazy friend would arrive every morning at about eleven on his bicycle and ride swiftly up and down my shop, festooned as it was with everything breakable and expensive. He missed most of the bijou and paid for the others.

He eventually used up Atlantic City and proceeded to the Caribbean where, some little time later he was found at the bottom of a harbor with an anchor tied around his neck.

His wife inherited all of his Atlantic City purchases most of which had been made at the notorious 'auction houses' that blighted our Boardwalk. Among the junk was my painting. The widow took the melange to the 'experts' in Manhattan who reinforced her conviction that nothing bought in Atlantic City could have any value. They, with a crafty eye to the future, advised her to auction the picture off at a quiet sale in Long Island. She did, although I would have been delighted to buy it back for what her husbnd had paid.

The picture (with a new $4000 frame that I had put on it at my buyers insistence) brought $368 and promptly disappeared from view.

A year later I picked up the New York Times and on the front page was my picture. It had come into the hands of big New York dealers, the same types who had sneered at me when I had showed the picture some years before. The same kind of 'expert' who had given such questionable advise.

The picture was the ultimate distillation of the Renaissance.

It was one of five lost paintings by Rafael. It's sitter was no less a personage than Lorenzo de Medici. It had been lost for 200 years. Little wonder that the picture sang to me.

The widow sued her 'advisers' for $55 million claiming that they had misled her and given self serving advice. She lost because the advisers had craftily passed the painting through an 'open' auction.

My reward, and it was more than enough, was that I had gifted to the world a great painting and a great moment in the history of art which would otherwise have been lost again in the mistiness of time. I had made a permanent contribution.

What in the world could I do as an encore. 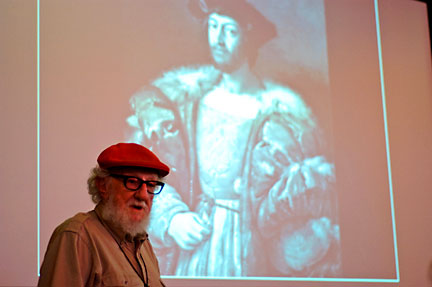 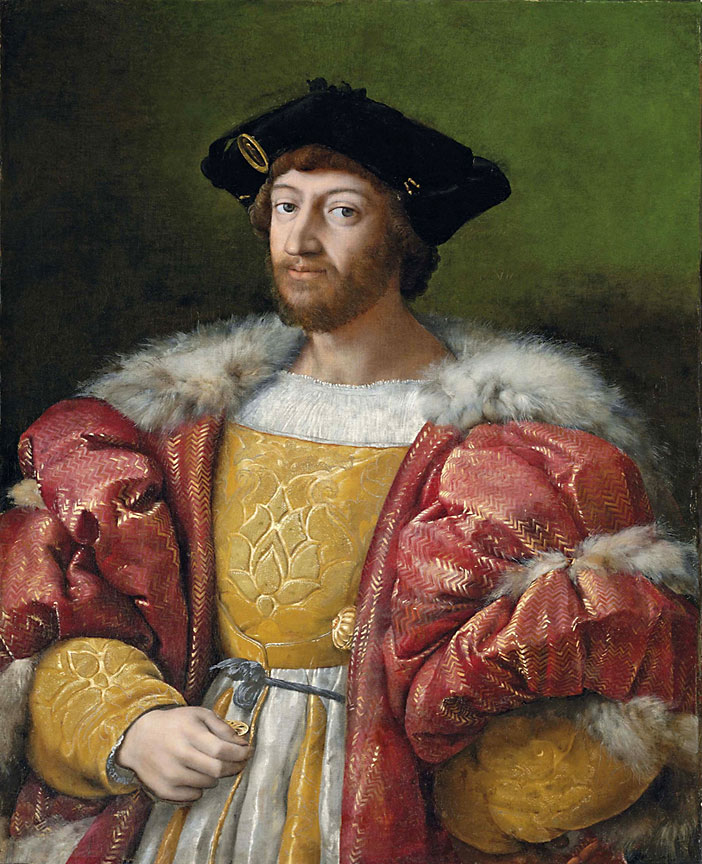