For a couple of years around 1973 I owned an operated a mint in New York. We called it the Washington Mint and struck dozens of silver 'collectibles'. In '73 Nicaragua had a devastating earthquake. To commemorate it and raise money for rebuilding the country (and money for me) I designed a coin in two shattered pieces that profiled together. I flew down to Managua to sell the idea to the reigning dictator, Antonio Samoza. We arranged a meeting with the help of a very shady character from Mexico. Samoza made me wait a week in a shattered hotel the whole top floor of which had been taken over by Howard Hughes.

Finally I was summoned to the great man's tent in an army camp completely surrounded by tanks (for the natives were not friendly) Met with Samoza. He seemed more interested in whether I could help get him into the US than he was in helping Nicaragua with my project. Nothing came of it and his fears were realized when he was assassinated in 1980. 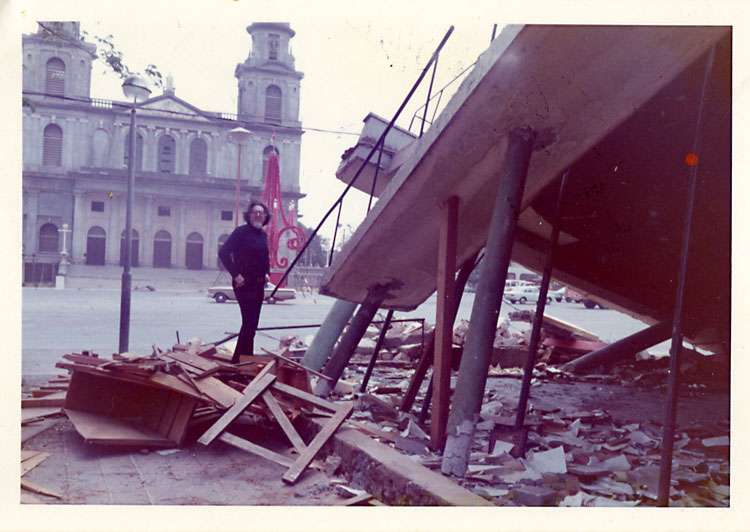