of all of Man's inventions until now!

Reese Palley has written a book,

that will inform, entertain and amuse you.

Palley writes about technology, not as an engineer but as an erudite and eloquent amateur and humanist.

Reese Palley shares his interesting perspective on the historical,
cultural, and environmental influences of Concrete.

Imagine! a biography of concrete! the surprising life story of all that gooey goo poured over the centuries and how it's kept us together; indeed, concrete is the reason why so many of the architectural wonders of ancient, disintegrated civilizations are still around. poor Ozymandias! if only the 'king of kings' had been created out of this stuff instead of mere stone, he too would have made it. Reese Palley's book is--hard to resist this--a concrete achievement.

Reese Palley delightfully traces the mix of innovation and
impudence that make up the 7000-year history of artificial stone.

A journey through history from the Egyptian pyramids to Frank Lloyd Wright.

Click to order Concrete: A Seven-Thousand-Year History from Amazon.com 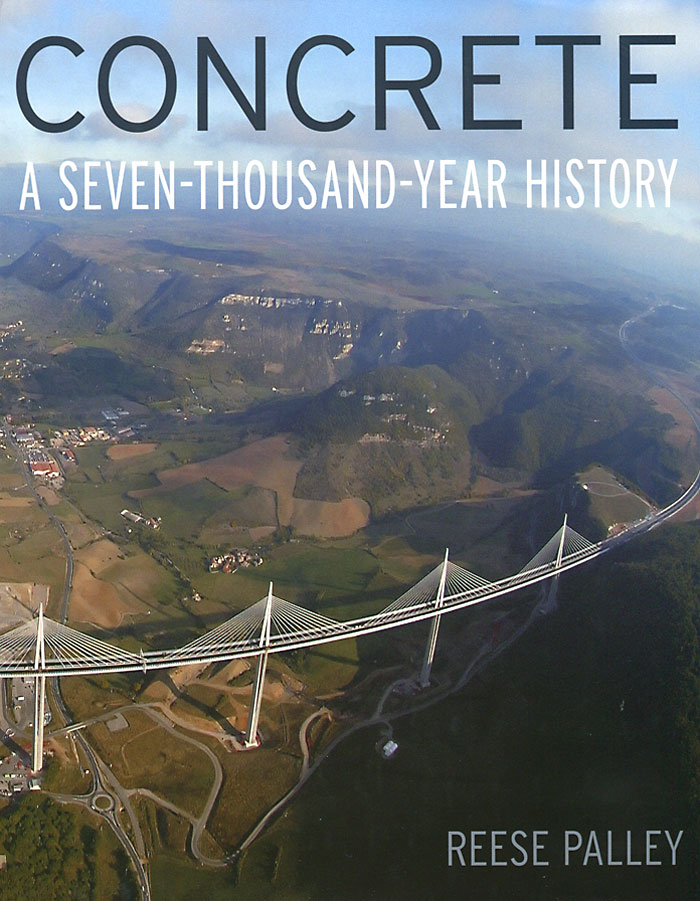